I saw my nephew play with a puzzle of fifteen and got intrigued. Admittedly, after a few lockdowns, it didn't take all that much. It would be fun to try to get AI to solve the puzzles.

Just in case you missed it, the puzzle at the top of this post is playable. The board can be set to be any size. Initially, I did it because I wanted to solve the puzzles with AI; I have to admit that for humans a larger board size is really just more tedious.

John was working on the math of puzzles of fifteen for a while, and then … we both shifted our focus.

Be warned—before you get sucked into a 100×100 puzzle, you should probably know that about half the shuffles for the puzzle are unsolvable, and the algorithm I used to determine the solvability doesn’t catch them all. I have to step through it to see where it goes wrong.

We’ll get back to it one day. And a new post will make it onto our blog.

In the nineties video games sometimes had another video game embedded in them—who knew programmers liked recursion, eh? It’s possible games still do, but I haven’t played one for a while, so as far as I’m concerned, it ended back then. A bonus game. Well, here’s my bonus game. 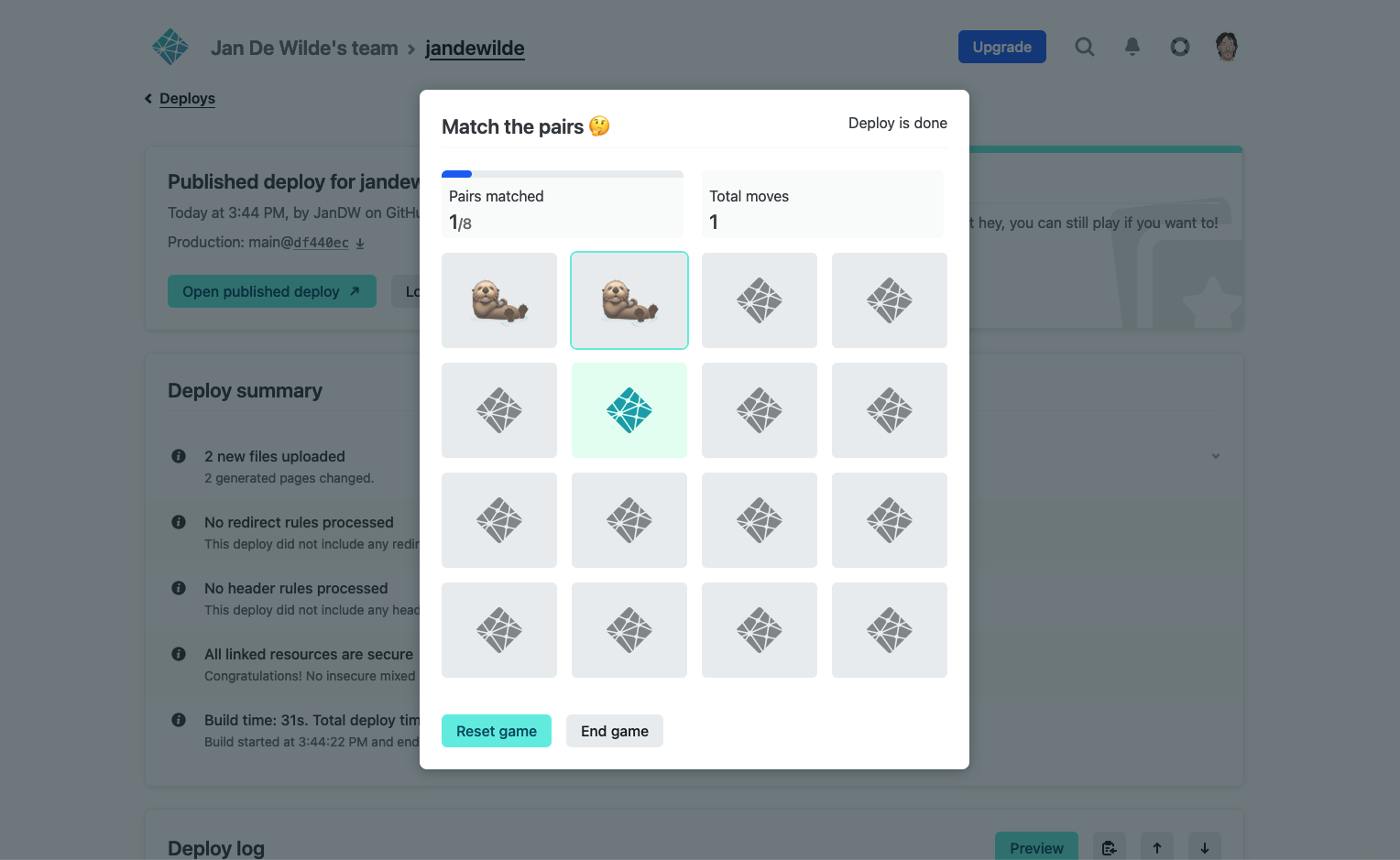 A while ago Netlify embedded a game of Concentration into the build page. Another bonus game. It takes away some of that information superhighway hypnosis one can experience when waiting for the build to finish. Eventually, after enough builds, I wanted to make my own for fun, and I thought my kids would like it too. They curate the emojis. To nobody’s surprise the pile of poo made the cut.

According to Wikipedia, the game is also called Shinkei Suijaku, which is Japanese for nervous breakdown. I rather liked that, so I went with it.

I used it as an opportunity to use jsdoc and have started writing tests using Jest. There are some audio issues with Safari, which I might never fix.

Play it over at https://jandw.github.io/memory-puzzle/

Wondering how long it would take you to solve it if you’d have amnesia? Or a perfect memory? Of course you are, who wouldn’t? Over at wildpeaches.xyz we have you covered with the post Remembrance of Things Just a Moment Ago

And finally, here’s the source code. 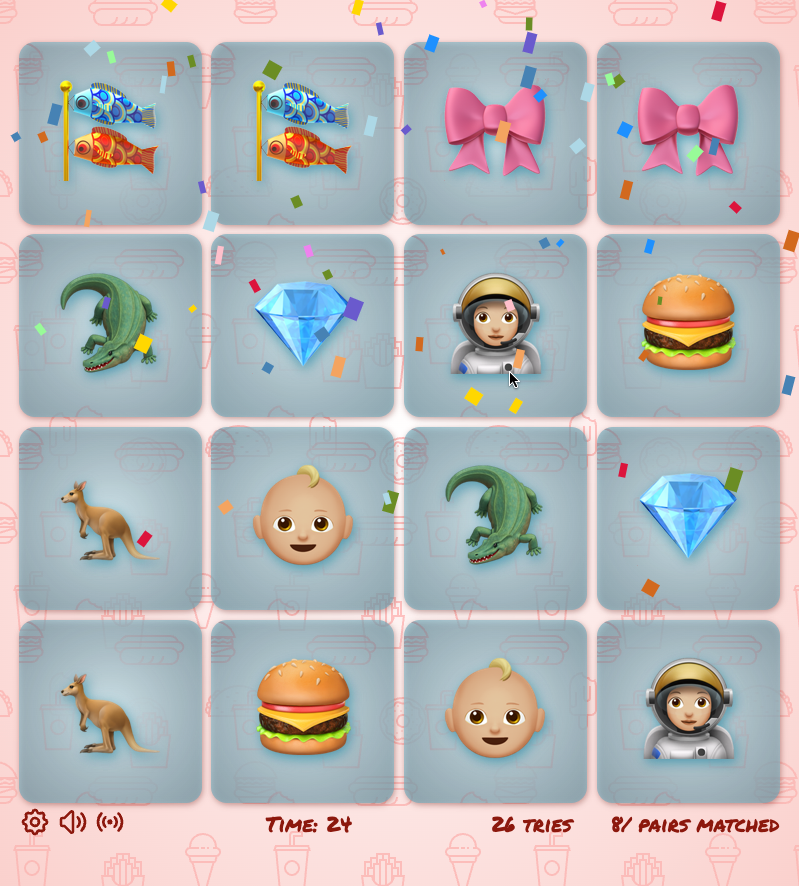 Wild Peaches Get rich fast, build a yacht, sail faster than the wind